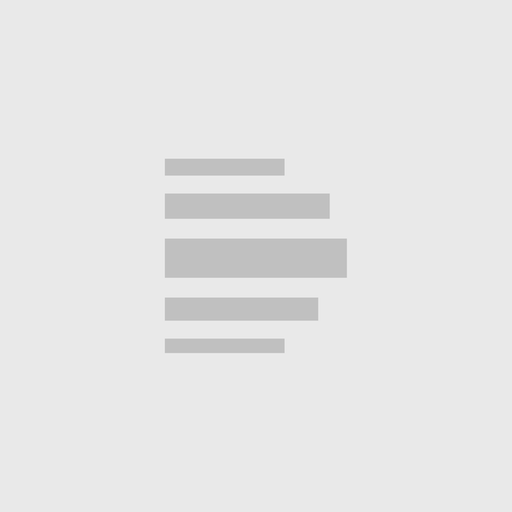 Aus der SendungSendungen & Podcasts
With these words, fluxus artist Robert Filliou founded Art's Birthday in 1963. Until his death in 1987, he regularly celebrated the event himself. Later on, artists, musicians and performers from all around the world took over and carried on Filliou's concepts of the "Eternal Network" and of the "Fête Permanente". Every year, they connect via internet, telephone, fax and mail to form a gigantic birthday network.

Since 2005, the Ars Acustica Group of the European Broadcasting Union has joined the festivities. For the 1,000,043rd Art's Birthday on January 17th 2006, it will be linking sound artists and radio stations from 12 countries within a Europe-wide party.
This year's main theme is closely related to Filliou's ideas: Dadaism celebrates its 90th birthday and thus provides the sub-title "TransDADA Express".

The first world-wide (anti) art movement originated in February 1916 when the Zurich Cabaret Voltaire opened its doors. Having been initiated by refugees and exiles from all over Europe, Dadaism spread quickly over the rest of the world. Its radical critique of traditional thinking about art and life made its way straight into the Fluxus movement of the 1960s. Dada's questions and innovations have remained part and parcel of all modern art forms to the present day.

Deutschlandradio sound art hast followed the TransDADA Express all the way to one of the remotest stations in historical Dadaism: the far east.


Dada in Japan
Already in the early 1920s, Dadaism reached the Japanese cultural scene, where it found a warm welcome. The eastern empire sported militarism, nationalism and censorship just as boldly as I. World-War Europe did. Artists and writers such as Tsuji Jun, Takahashi Shinkichi, Murayama Tomoyoshi and the MAVO group embraced the stimuli from the west and quickly formed a small but independent dada scene.

When Dadaism re-emerged in Europe during the 1960s, Japanese artists equally went on to proclaim its ideas. While Fluxus roamed the European continent, the Japanese Empire found the GUTAI group to question all and everything, that had been thought about art and life so far.

More recently, Dada has resonated with the Japanese noise scene - so much so that one of it's senior representatives is referring to dada in his stage name: "merzbow" expresses Akita Masami's admiration for Kurt Schwitter's merz-art.

Besides the social situation, there might be another reason for Dada's enthusiastic reception in Japan: The radical questioning of all conventions and values can be found in Japanese Zen-Buddhism as well. Many Zen scriptures, such as the riddle questions in meditation tasks (Koan), or literary products, such as the Haiku poetry, show striking parallels to Dada texts. No surprise then, that the poet Shinkichi Takahashi went on to become a Zen monk after his involvement with Dada.

Japan in European Dadaism
Looking back at European Dada from this perspective, you can see an aspect that usually is hardly associated with Dada: spirituality.

Only think of Johannes Baader's personality cult or of Hugo Ball's turn to catholic mysticism. Dada's rough general negationism was often hiding the quest for a new spiritual basis. The European Dadaists even already made the move towards Japan: In his text "Revelations", Walter Mehring fantasises about a "trans-Asian expedition DADA" in the spirit of a new Dada-religion.

" Dada smiles about the world-war solely possessing the formula for using stored spirituality. Men freeze to death wound up in the umbilical cords of their god-given dependency, thousands of Christs die the death of sacrifice, but the cross remains empty. Solely Dada has invented the syntheses of the modern creature. l'homme bruitiste sur la base simultane, the manually driven samsaro, the aromantic cataclysm of Asia in America."

Starting in Weimar, Mehring ventures into a fictitious Dada-expedition through Asia and all the way to Japan. It culminates with the establishment of a spiritual Dada-colony, "DADAyama".

Inspired by Mehring's Dadayama, Georg Klein and Tetsuo Furudate have created a space and sound situation, that reflects Dadaisms in Germany and in Japan from today's perspective. However, they are not striving to homogenously blend the cultures. Just as the Dadas did, they rather stress the gaps and contradictions between the two worlds, that remain open despite all cultural and economic exchange. Furudate and Klein set their focus on what may be the most solid common ground between Eastern and Western Dadaism: the desire to polarise.

This desire can be heard already in their respective musical styles: Defying the clichés of Japanese reserve, Furudate physically shakes his audience with violent noise cascades. Klein, on the other hand, tends to work with subtle, unassuming sounds that blend organically into the surroundings. Originating from common material, but ultimately remaining incompatible, these two sound worlds alter with harsh cuts throughout the performance.

Dadayama's spatial situation translates the Dadaistic polarisation in a literal way: Klein and Furudate interpret "Da - da" ("There - there") as the opposition of two places. "Yama" means mountain in Japanese. "Ma" signifies in between. Consequently, the spatial equivalent of the Dadayama word - as Klein and Furudate read it - is a flat, hill-like platform in the centre of the concert space. It descends symmetrically on two sides and thus separates the audience in two factions, sitting back to back.

On two opposite sides of the concert space, the artists have installed a pair of speakers each for their pre-recorded sound material. On the other two sides, they have symmetrically placed four speakers which are associated with the four members of the maulwerker ensemble. Each of the vocalists has a little wireless microphone that directly feeds into one of the speakers. Thus, Georg Klein creates an acoustical mirror situation, which allows the performers to communicate with their own feedbacks. Soft vocal noises or the sheer contact of microphone and skin become larger-than-life musical events. The microphone enters into the sound of language. Feedbacks from the mouth, the body and the speaker mingle with excerpts from Dadaist texts - especially self-definitions by Dadaists. Sounds created by live-electronics add to the musical scenery.

The last part of the evening sports an appearance of Russian sound poet Valeri Sherstjanoi, invited by RADIOTESLA. His performance is entitled: "rrröstfrisch. a sound concert for Raoul Hausmann".

"Berlin in the 1920's: in the midst of post-war turmoil, the city becomes the arena of the avantgarde. Quotation from the milieu: "with the strongest emotions all words are shattered!" Hausmann counters: "you can't make a poem like the people". Why Dada? Dada does and Dada does not. S-o-u-n-d-p-o-e-t-r-y is the spiritual child of Dada and Russian Futurism. 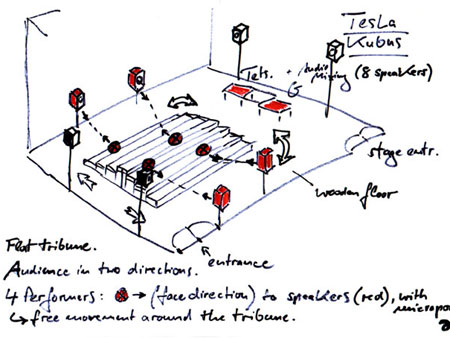 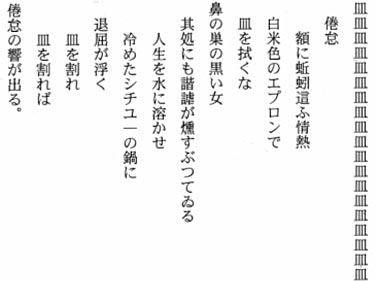 Gedicht aus "Dada und Futurismus in Japan"© Iudicium-Verlag
Program
20:05
Georg Klein & Tetsuo Furudate / Deutschlandradio Klangkunst
DADAyama
1 In between
2 On the way
3 On the top
4 In front
5 On the air
6 Side by side
7 Dada total

Other Art's Birthday Parties around the world